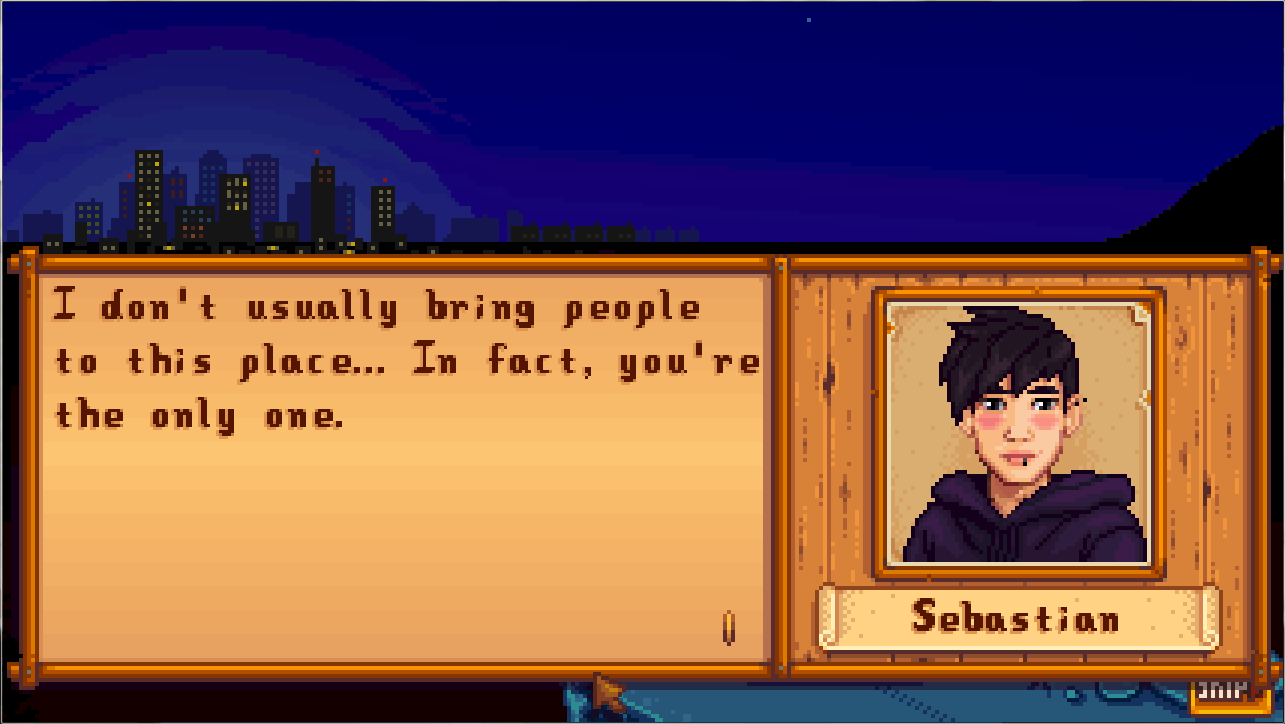 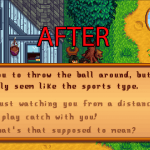 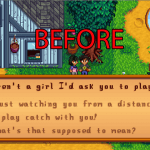 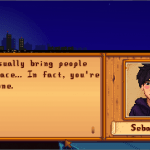 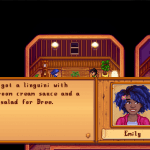 About this Mod
Dialogue in Stardew Valley was designed to easily present different dialogue to the player depending on their farmer’s gender chosen at the beginning of the game. While this is useful for appropriately addressing the farmer as Mr. or Ms. in dialogue, it also leaves room for gender stereotyping. My aim with this mod is to remove all but the most innocuous instances of this gender dependent dialogue and to standardize the base game to be a little more friendly toward all genders.

Some things this mod does:
Removes sexist dialogue. Villagers (particularly Alex) won’t make unnecessary comments about a female farmer’s body that exclusive to her gender. I’ve also removed dialogue that implies a male farmer is being sexist.
Removes heteronormativity. Bachelors will no longer consider it weird or different dating a same gendered farmer, nor will anyone else in town consider the relationship strange, making the game overall more LGBT friendly. Leah’s ex will also remain female regardless of player gender.
Removes stereotyped food and drink preferences. No more salad in Alex’s 10 heart cutscene! You are a hardworking farmer and deserve a meal with more substance. Elliot’s 4 heart event where he orders you a drink has also been adjusted.
Makes pregnancy less cis-centric. Female farmers are no longer explicitly stated to be pregnant or give birth.

Installation
Download and install the latest version of SMAPI and Content Patcher
Unzip into Mods folder
To uninstall, remove from Mods folder

Companion Mods
My mod won’t do everything, but here are a few with similar goals that I recommend:

Poly Friendly Events by Minerva – Honestly the only reason I didn’t change anything in the “cheating” events is because this mod already did it better.
Unique Jealousy Responses by Minerva – Changes the spouse dialogue that implies giving gifts to other villagers after marriage is a bad thing.
Tolerable Pierre by Lavender – Makes Pierre less sexist.
Gender Neutrality Mod by Hana – In case you also want to remove the gendered terms directed at your farmer that my mod leaves in. A note: the Gender Neutrality Mod as it’s currently written leaves in many of the dialogue differences while only changing the gendered titles and pronouns in each version, so I recommend still having mine installed if you use this mod. I have written my mod to already be compatible.

Thanks for downloading! Let me know if you have suggestions for improvements or run into any issues.