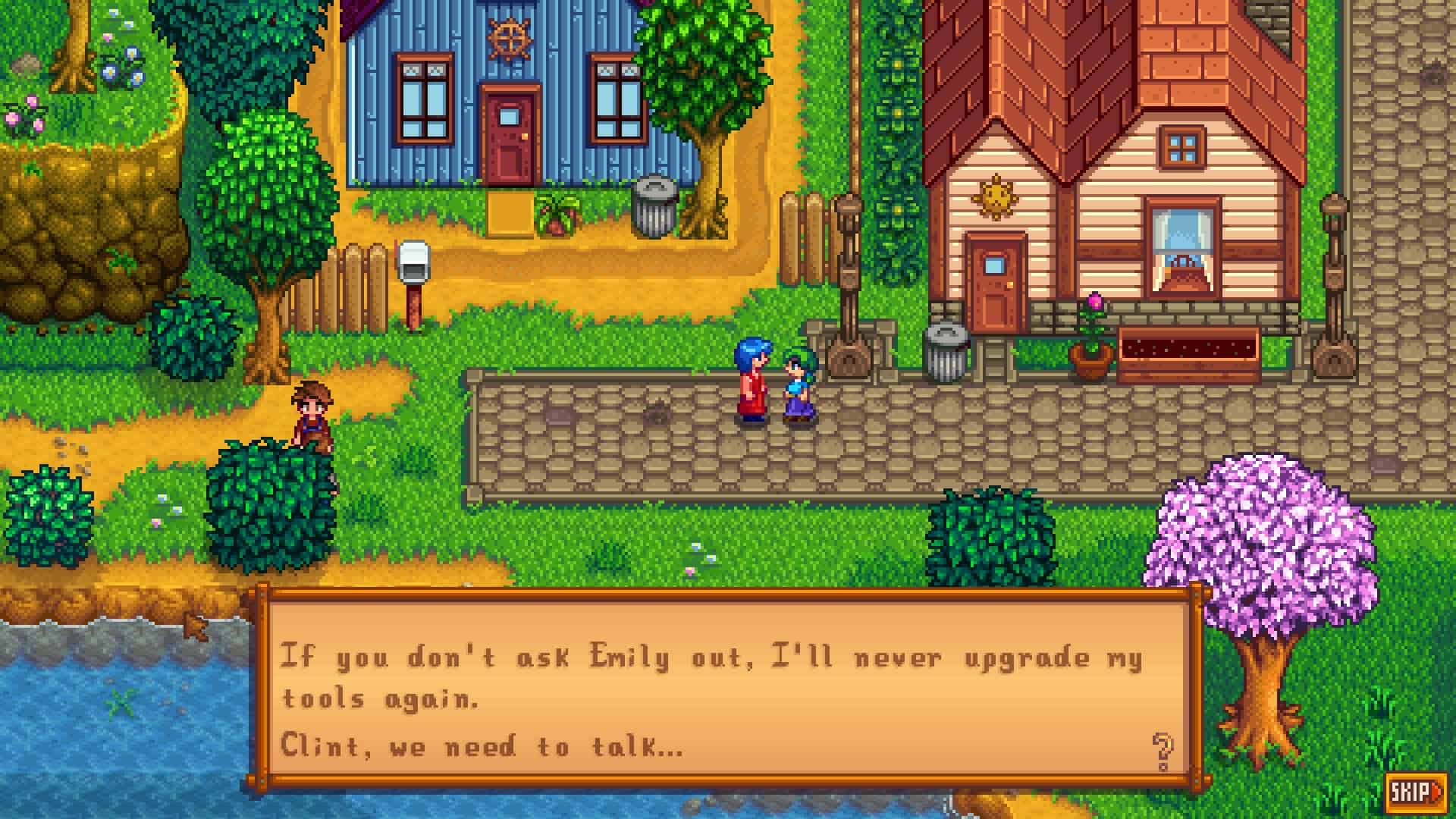 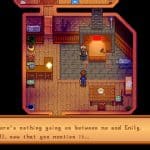 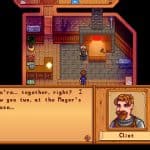 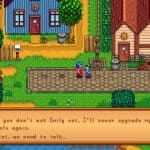 Have you ever been frustrated by the end of Emily’s 8-heart event, Clothing Therapy? Does it bother you that Clint comes away from it convinced that you and Emily are an item and there’s absolutely nothing that you can do about it??!

Well, fellow frustrated farmers, your prayers have been answered!

Wrong Idea Clint adds a follow-up event in the Blacksmith’s, where the player can either reassure Clint or confirm that, yes, there really is something going on. There are two versions of the event, depending on whether or not Clint had previously taken Emily on a date. I’ve also expanded his 6-heart event, allowing the player to choose whether or not to encourage Clint to ask Emily out. (Because, honestly, it seems a bit strange to be encouraging him if you’re interested in pursuing a relationship with Emily yourself.)

Of course, you don’t even have to be involved with Emily in order to crush Clint’s hopes and dreams! You can also choose to discourage him without implying that you and Emily are romantically involved. It’s your choice! I won’t judge! (… you’re a terrible person.)

**Important Installation Instructions**
The follow-up event takes place in the Blacksmith’s, which isn’t an event location in the vanilla game. I’ve included a Blacksmith.xnb file that needs to wind up in your Content/Data/Events folder. If you unpack the Nexus file directly into your Stardew Valley directory, it should get to where it needs to go automatically. But… you might want to check that it’s there, just to be sure. Otherwise, terrible things will happen.

Well, no. Not really. But the mod probably won’t work.

**Complementary Mods**
Rubecula’s Dammit Clint Stop Hitting On My Wife eliminates the creeper-ness from Clint’s festival dialogue, and also changes the 3-heart event to make it less about Emily, and more about Clint’s lack of social prowess in general. These are really great changes. I actually prefer this version of the 3-heart event, and would recommend loading this mod after mine. (All you have to do is open its manifest.json file and change its name to something like ‘Z Dammit Clint…’.)